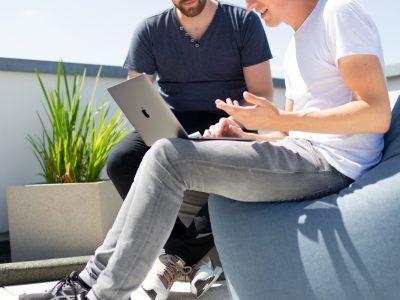 I have a thing for farms. I am not the biggest animal lover but I grew up in the country and there is just something about farms that makes me smile. Grandma had chickens, cats and dogs walking around in the yard like one big happy family. I was scared of the cats who followed me when I went outside for a jog. I didn’t like that their eyes changed colors, nor did I like their nails. I ran from the dogs because I thought they wanted to bite me when they were just trying to play. And the chickens and turkeys, well let’s just say, I was not a fan of getting pecked. So, I was somewhat of a chicken myself (I couldn’t resist) but I loved looking at the land, looking at the animals, the garden and the large elephant ear plants! I loved sitting on the porch, watching the cars going by and drinking a bottled Pepsi with peanuts at the bottom of it. I know it sounds disgusting but it is actually pretty good—hey don’t knock it until you at least try it!  I miss the country so it was of course appealing to me when I found out that the first case manager I ever worked with all the way back in college had created a farm to serve people with mental health diagnoses. I often talk about the first person I worked with as a habilitation technician. She was a senior who had a developmental disability. I had an amazing experience with her as she transitioned from a nursing home to her own apartment. Her case manager, Thava, who now runs the farm, attributed to this experience.

Fast forward, nearly 15 years later, I attended a mental health conference and lo and behold, he was a presenter. Of course, I stood in the long line after he presented to tell him about my work as an OT and to find out if we could collaborate at some point. We vowed to work together in the near future but our schedules and other goals seemed to take priority and time passed. Years and some more years passed and then last year, we really reconnected again. Through a series of meetings, emails and phone calls, we were given the green light to do a group at the farm! The first group was done by one of our subcontractors for five weeks with a focus on instrumental activities of daily living.  This group leader is also a professor so after a discussion, it was decided that I would do the second five week group while she is teaching a course. Taking on clinical work while handling a lot of other responsibilities, such as consulting, administrative work with Therapeutic Solutions, homeschooling my youngest son (yes I am doing that—at least for the rest of this semester as we look at the best options for next year) and exploring college options for my oldest son did not even sound feasible when I was entertaining the idea. However, I must say, I look forward to the Wednesdays at the farm! The experiences remind me of why I went into occupational therapy in the first place. I love working in the community. I enjoy helping people with mental health diagnoses and/or mental illnesses seeing the power of occupation in their daily lives. I simply love the group at the farm. So, what does an OT do at a farm? My weekly summaries for the first three groups are below:

Week #1-During the first week at the farm, we had introductions and completed a role checklist as well as a priority survey. Identification of occupational performance areas that presented challenges were written and discussed. Following the discussion, participants completed a multi-step therapeutic activity in creating an hour glass to assist with time management. Some of the participants identified how they would incorporate the use of the hour glass in their daily routine while others stated that they would probably give it to someone who could benefit from it. All participants stated that they enjoyed the process of engaging in a hands on activity.

Week #2-I chose therapeutic activities that were more client-centered for the second week of the farm since I had more insight regarding their daily routines based on the discussion from the first group. Work and occupational deprivation were discussed so participants completed job applications and discussed potential work options, including working with animals! Since all of the participants have dogs, we discussed caretaking and time management followed by making homemade dog biscuits.

Week #3-Week three was very exciting because we began an occupational project that was initiated by the participants. All of the participants said they enjoyed meal prep but had limited experiences doing so. We planned a menu for our final group session and completed a budget for shopping for the menu items. Each participant also made homemade lemonade using verbal prompts and decided on the best lemonade recipe for the final group session. A discussion about shopping for the fourth group took place towards the end of the session.

So, we have two more groups left which will include shopping for the food at the local grocery store and potentially using items at the farm (group #4) and preparing the meal (group #5) in the Tiny House located on the farm. Compensatory strategies based on identified deficits with performance skills and other barriers will be incorporated into these group sessions to maximize independent occupational engagement.

READY FOR THE AUDIT?