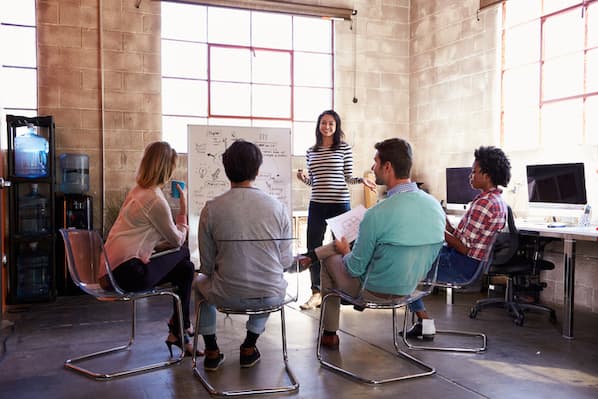 The return on investment (ROI) for coaching is high. Forbes indicated that corporate America is spending as much as one billion dollars annually on coaching! Why? Because coaching works, bottom line. Effective coaching can help a person move from being the “status quo entrepreneur or leader” to the ideal entrepreneur or leader that they envision themselves to be. Who would not want to invest in becoming their ideal self, having more life satisfaction and balance and enjoying what their work and ultimately enjoying life?

I don’t think anyone would say they would rather stay status quo but there are plenty of people who would say they don’t have the money to invest in coaching. Well, there is an alternative. Students in coaching programs need coaching hours. I know because I completed a business coaching program at NC State in 2015. In the program, we were required to coach a certain amount of people in order to graduate. Students who wanted to get an international certificate had to coach more hours. Many of the students were actively seeking people who wanted coaching! Sometimes, people were struggling to find people who wanted coaching! Now, should you choose to volunteer to receive coaching from a student then know that you are getting services from a student, meaning the person is less experienced of course. However, you shouldn’t downplay their skill set either! These students are vested–they are spending money and time to become competent coaches. They are under the supervision of leaders who help guide them on their journey. Oh and did I mention you may be able to get the coaching services for less than billions of dollars? I say may because some students charge minimal fees, some barter, some do not charge anything and some charge regular competitive coaching fees. It will vary based on the person but there are certainly opportunities internationally to get free, bartered or low cost coaching services from students.

Click the link here to contact NC State’s coaching program and let them know of your interest in being coached. You don’t have to live in NC to get coaching in NC as many coaches work virtually!  Reach out because they need the hours and you need the help!

BELIEVING IS THE FIRST STEP PERIOD.